Dawn and I decided that as we had already visited Christmas markets in the UK over recent years and last year we went to Copenhagen. We decided to visit the motherland of Christmas markets and go to Germany. We looked at a few cities but decided on Berlin.

Neither Dawn or I had visited there and we had been advised that it was a great city to visit. Whilst I understand that there are many reasons to visit a city, our reason for visiting Berlin was mainly for the Christmas markets with a bit of sightseeing on the side.

We flew in to Berlin Schönefeld early in the morning arriving in the city for lunchtime by train. Our hotel was near the Alexanderplatz so we got off the train there. We decided to see if we could check in and dump our luggage. As luck would have it there was a free room and we were checked in and on our way back to the markets by 1pm. 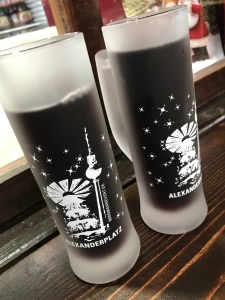 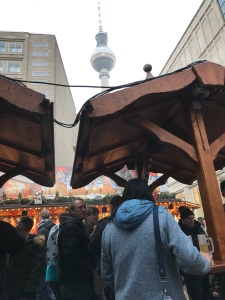 We had done some research and found that there was a Scandinavian market just a couple of stops away on the U-Bahn so we had a little stop for a bratwurst and gluhwein in the market at the Alexanderplatz before getting the train uptown.

As we had planned to visit the Scandinavian market we jumped on the train and headed up to there with the intention of returning to the Alexanderplatz later in the evening.

The Scandinavian market known as the Lucia Christmas market was based at the Kulturbrauerei. This was an area were it seemed that concerts and art events took place. When we first walked in we thought that maybe we had made a mistake as there seemed to only be a few stalls around an old fashioned carousel, however as we investigated further there were many stalls selling food, drink and crafts from all the Scandinavian countries.

We decided to start with some Glögg from Finland to see how it compared to the Glögg had in Copenhagen last year. It was very nice and equal to its Danish counterpart. We then went on the search for the moose goulash we had read about and despite some very poor German translation on my part we found it. To be honest I wasn’t sure as I had not heard what moose would be like. 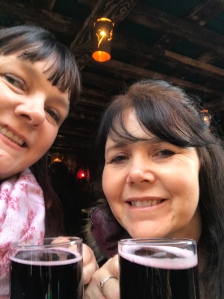 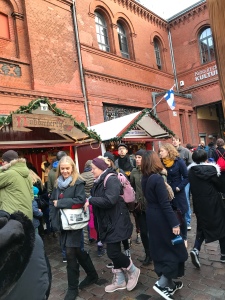 The goulash was served in a bowl with 2 slices of dark rye bread. Over the last few weeks I have developed a taste for German rye bread and will be searching it out in the UK. Despite our initial in-trepidation moose goulash was very nice. Moose is a very hearty meat similar to beef. 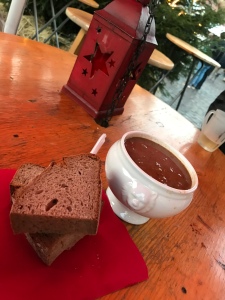 The need for something sweet was now on the menu. There were a lot of opportunities to indulge, including crepes and waffles but that was not what we fancied. As we wandered through the stalls we spied a stall selling what they called ‘Tatas’. These turned out to be a kind of waffle that was shaped into a cone and filled with sweet fillings, I had Nutella and marshmallow and Dawn has peanut butter and salted caramel. 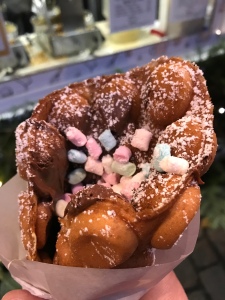 Once we were happy that we had seen everything at the Lucia market including some traditional fairground rides we decided to head back to the hotel for a nightcap. 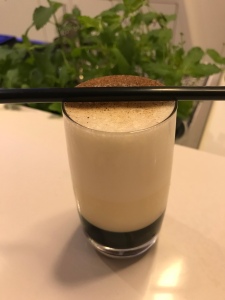 The following morning was an early start as we had bought tickets for the hop on hop off bus to fit in a bit of sightseeing but that’s a story for another post.

The bus tour was quite extensive so we decided to get off at the Gendarmenmarkt. This is the only market that you gave to pay a entry fee for. The entry is only €1.

This market again is a mixture of food and drink stalls with a smattering of craft stalls. The difference of this market was that here there was not only a large craft centre but also live music being performed on a stage in front of the cathedral. Dawn finally get her currywurst here and I decided to try what looked like garlic bread with bacon and leeks. Both of these item were very well received with a gluhwein to wash them down. 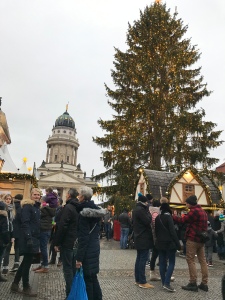 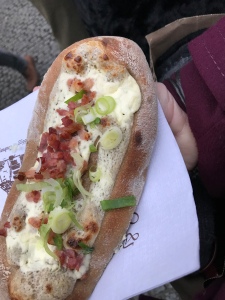 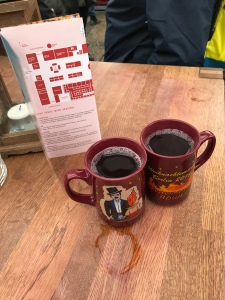 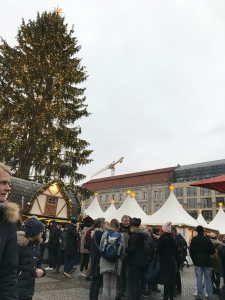 As we were conscious that the bus was finishing at 4 we didn’t spend as much time in the Gendarmenmarkt as might have done if we had got there earlier.

So on to our final market, the bus dropped us off at the market based around the Neptune fountain back at the Alexanderplatz. At this market there was an ice rink built around the fountain and a Ferris wheel in addition to the food and drink stalls. 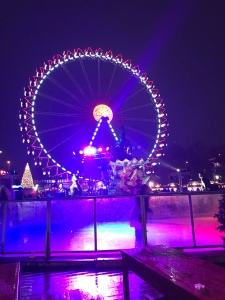 We decided it was time for another drink so we found ourselves in a small indoor area selling many varieties of hot drinks including gluhwein, eggnog and kinderpunch (a non alcoholic version of gluhwein). To be honest we got quite comfortable sat there and found ourselves talking to a very nice English couple. 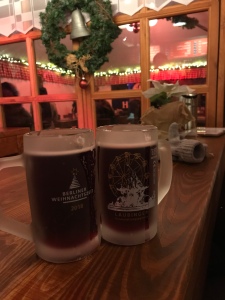 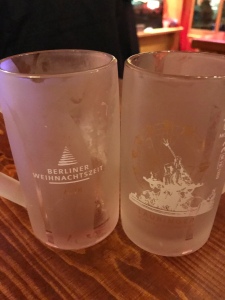 A few drinks later we decided that we were hungry again so I got myself what turned out to be essentially a cheese toastie while Dawn got a pizza slice. I followed this with a half chocolate covered pretzel.

If you are considering going to a Christmas market in Germany I would definitely recommend Berlin. I don’t feel that we saw even half of Berlin’s wonders but I do think we got a good idea of the Christmas markets.